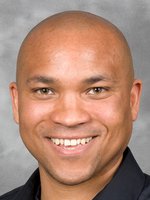 Chad was selected as a Sloan Research Fellow in 2009. He is a recipient of a Presidential Early Career Award for Scientists and Engineers (PECASE) for his work in physics-based human tracking and of a CAREER Award from the National Science Foundation (NSF) for his work on robot learning from multivalued human demonstrations. He also received Young Investigator awards from the Office of Naval Research (ONR) for his research in learning dynamical primitives from human motion and from the Air Force Office of Scientific Research (AFOSR) for his work in manifold learning and multi-robot coordination.

Chad’s research addresses problems in robot learning and human-robot interaction, primarily focused on robot learning from demonstration, as well as topics in computer vision, machine learning, and computer animation. Videos of Chad’s current research work can be found on the YouTube channel of the Brown Robotics Group.

In 2009, Chad co-authored Creating Games: Mechanics, Content, and Technology with Brown CS alum Morgan McGuire. He has also authored chapters for several other books, including Data-Driven 3D Facial Animation, Human-Robot Interaction and From Motor to Interaction Learning in Robots.

“I consider myself very fortunate to be a part of the Computer Science Department at Brown,” said Chad. “My promotion is both a reflection of the supportive culture and community spirit of the department as well as the hard work of the students and post-docs who have been in my group. I look forward to continued success at Brown, especially with our new robotics lab space in the CIT building.”