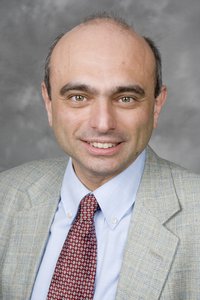 Roberto, who joined the department in 1988, works on information security, design and analysis of algorithms, graph drawing, geometric computing, data management, and information visualization. He is the Plastech Professor of Computer Science and the Chair of the Department. He is also the Director of Brown’s Center for Geometric Computing. He has published textbooks on the subjects of algorithms, data structures, graph drawing, and computer security and more than 230 research articles in the above areas. He has given more than 70 invited lectures worldwide.

Roberto is an AAAS Fellow, an IEEE Fellow and the recipient of a Technical Achievement Award from the IEEE Computer Society for pioneering the field of graph drawing. He is listed among the 360 most cited computer science authors by Thomson Scientific, Institute for Scientific Information (ISI). His research has been funded by ARO, DARPA, NATO, NSF, and several industrial sponsors. He co-founded the Journal of Graph Algorithms and Applications and the Symposium on Graph Drawing. He serves regularly on program committees of international conferences. Roberto received the PhD. degree in electrical and computer engineering from the University of Illinois at Urbana-Champaign.

The ACM Fellows Program, initiated in 1993, celebrates the exceptional contributions of the leading members in the computing field.  These individuals have helped to enlighten researchers, developers, practitioners and end-users of information technology throughout the world. The new ACM Fellows join a distinguished list of colleagues to whom ACM and its members look for guidance and leadership in computing and information technology.