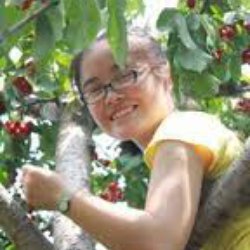 Yudi Fu works in Professor Andy van Dam’s Graphics Lab on the creation of three distinct generations of a touch-centric art viewing project: Garibaldi, Large Artwork Display on the Surface (LADS) and Touch Art Gallery (TAG), designed for museum curators to create and display digital artworks on (large) touch screens. Besides the user-centered design, Yudi is also responsible for the overall architecture of the system, including streaming data from the cloud, and she manages the training of other student researchers as a team leader.

Professor van Dam stated, “Yudi richly deserves this recognition – she’s been doing independent research since the end of her freshman year, culminating in her being the technical and managerial lead on one of my two research projects, the Touch Art Gallery, targeted to museums and libraries.   She has distinguished herself in service as well, as a TA, as mentor to the students starting in my research group, and as an active liaison to our user community.” 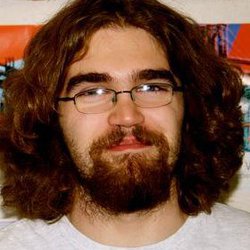 Douglas McErlean worked with Professor Sorin Istrail on the problem of haplotype phasing in bioinformatics with extensions to more general forms of optimization. Doug first began this project when he took Professor Istrail’s medical bioinformatics class in Fall 2012. He continued to work on it afterward and turned it into an honors thesis on the topic of maximum likelihood optimization. Beyond haplotype phasing, Doug was also interested in security and worked with Professor and Chair Roberto Tamassia on implementing and testing oblivious storage algorithms. He also worked on a self directed project to create a web portal providing easy access to lightweight encrypted storage.

“Doug's independent research work culminating in his top department honor thesis, and his stellar performance in computer science and physics studies, are achievements that earned him this well-deserved recognition,” said Professor Istrail. “His thesis on maximum likelihood optimization, extending his final project in my graduate course Medical Bioinformatics defines an algebraic physics-inspired elasticity operator that explains what the quintessential, mysterious but practical EM algorithm is doing.” 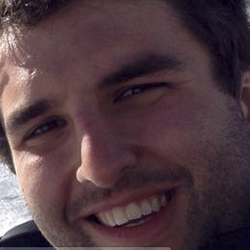