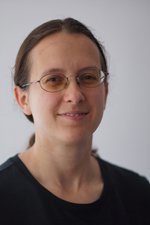 Dr. Stefanie Tellex, who joins the Department of Computer Science as Assistant Professor on September 1, 2013, has been named to the 2013 IEEE Intelligent Systems list of AI's 10 to Watch.

Dr. Tellex's selection to this list was based on her research in probabilistic graphical models, human-robot interaction, and grounded language understanding. In the home, in the factory, and in the field, robots have been deployed for tasks such as vacuuming, assembling cars, and disarming explosives. As robots become more powerful and more autonomous, it is crucial to develop ways for people to communicate with them. The problem of understanding language has been studied since the earliest days of artificial intelligence. By combining methods from robotics and computational linguistics, Dr. Tellex has developed new ways to attack this long-standing problem, leading toward robots that can flexibly communicate with people using ordinary language. The aim of her research program is to construct robots that use language to seamlessly meet people's needs.

"Stefanie's research exemplifies many of the best qualities of advancements in Human-Robot Interaction," stated Professor Chad Jenkins.  "Her work has broken new ground in its strong technical and computation contributions for crowdsourced natural language processing for robots married with an considerable emphasis on human-centered design and empiricism.  Her talent for research is equally matched by her friendly, collegial, and thoughtful personality.  I could think of neither a more deserving person for this recognition nor a better fit for the Brown CS community."

Dr. Tellex said, “I am excited to be joining the Computer Science Department at Brown.  The resources and potential collaborators make Brown a unique environment for creating robots that communicate with people using natural language.”

The AI's 10 to Watch list was published in the January-February 2013 issue of IEEE Intelligent Systems to acknowledge and celebrate young stars in the field.  The list is announced by the journal every other year.  Nominations were sought from a wide range of senior AI researchers, and a short list of top candidates was voted on by the award committee.  Decisions were finalized with the entire advisory and editorial boards of IEEE Intelligent Systems.

Dr. Tellex’s award-winning research has been published in top conferences and journals. She is currently a Research Scientist at the MIT Computer Science and Artificial Intelligence Laboratory. She completed her Ph.D. at the MIT Media Lab in 2010, where she developed models for the meanings of spatial prepositions and motion verbs.  Contact her at stefie10@cs.brown.edu.