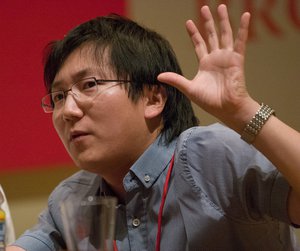 CNet reports that Brown CS alumnus Masi Oka '97 will once again be taking up the role of Hiro Nakamura, and perhaps with it the sword of Takezo Kensei and a formidable ability to alter the space-time continuum. No plot details for "Heroes Reborn" (a sequel to the popular "Heroes" television series) have been revealed, but Oka, a Golden Globe winner and Emmy nominee, has remained a fan favorite while working on various other movies, television shows, and audiobooks.

The full story is available here.

The photo above is by Kenneth C. Zirkel, used under a Creative Commons Attribution-Share Alike 3.0 Unported license.