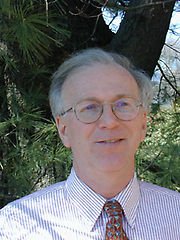 Brown University’s Department of Computer Science (Brown CS) congratulates Jack Stankovic PhD '79, who has recently received the University of Virginia (UVA)'s Distinguished Scientist Award in recognition of his outstanding record of achievement and impact during his career at the university. Given annually by the Office of the Vice President for Research, the award honors longtime faculty members who have made extensive and influential contributions in the sciences, medicine and engineering.

Now a professor at UVA, Jack was one of the first graduates of the Brown CS PhD program, and this award is the latest success in a year of achievements, including a honorary degree of Doctor of the University from University of York, U.K. and three recent National Science Foundation grants. In addition to real-time and cyber-physical computing, his current research includes wireless sensor networks and wireless energy and health applications. A pioneer first in real-time computing and now the smart house, we congratulate Jack on this latest honor as the field of cyber-physical computing expands from smart buildings to smart cities and ultimately, a smart world.