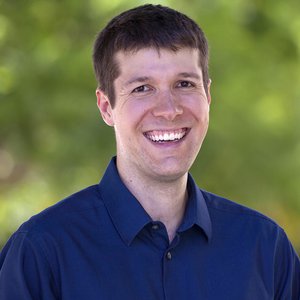 Students who know about Daniel Ritchie’s arrival (he’s joining Brown CS as Assistant Professor in July) have already shared their excitement about his work in AI systems to enable creativity, generative models for graphics and design, and probabilistic programming. But given Brown’s reputation for interdisciplinary study, they may be equally enthused about the need for creativity that runs alongside his love of research and experimentation.

“As a kid I thought I’d be a novelist,” he says, “or work in music or film, the arts. Computer science started out as a hobby for me, and I didn’t know where it’d lead. I didn’t get serious about CS until college, and it wasn’t until my internship at Pixar that I realized I could bring the two interests together.”

As an undergraduate at University of California, Berkeley, Daniel studied computer graphics, working in physical simulations and developing an interest in applications that could be used in film production. Branching out into artificial intelligence and machine learning while in grad school at Stanford University, he experimented with automatic generation of common 3D environments such as bedrooms and kitchens.

“I like bringing things to life and sharing them with people,” he says. “The creativity of it always brings me the most joy.” Looking to find some joy for our own playlists and Netflix queues, we press Daniel for recent favorites across various media, and he speaks with feeling about a band called Cloud Cult (“deeply personal, lyrics about loss and fear of the unknown”), an independent film called Short Term 12, and the works of Patrick Rothfuss, citing the author’s world-building talent and ability to choose words with care.

Is computer science creative? “It absolutely is. No idea comes out of a vacuum, but new insights are required in order to make progress. Research isn’t that dissimilar to design, or the artistic process: experiment, prototype, iterate, then check direction.”

Broadly speaking, Daniel explains, his own research is about using artificial intelligence and machine learning to create content for graphics. “A lot of machine learning,” he says, “is concerned with coming up with explanations for data that we have about the world: categories, structure, how it was created.” Probabilistic programming, which repeatedly generates models, draws inferences from them, and then generates new ones, is a useful tool. Ritchie gives the example of using an algorithm to generate buildings, then automatically eliminating the ones that aren’t stable: “It’s reasoning backward from the goals that you want to satisfy.”

“That was where machine learning really clicked for me,” he explains. “The results are often surprising, which provides a lot of potential for inspiration.” It’s also democratic: “We’re augmenting what the average person is capable of, automating away tedious details, guiding them back to good design.”

With his PhD from Stanford now complete, Daniel is looking forward to his arrival at Brown and continuing his work with tools that will have a broad user base. “I want to get more people well-versed in artificial intelligence and machine learning methods, especially people who don’t become AI/ML specialists....It’s really satisfying to work with students who are just starting out in their careers, who are ready for new ideas. I like how Brown CS is a community, not a collection of research labs. That’s rare and special.”

And what’s next for his research? “There’s been an explosion of deep learning technology,” Daniel says. “I’m really interested in combining it with probabilistic programming. I'm also interested in exploring more applications for creative AI. For example, AI-assisted content creation tools in VR, or even applications beyond graphics, such as music composition.”

Despite rapid technological advances, Daniel has little fear that humans are at risk of obsolescence: “Creative AI systems are powered by some combination of carefully coded design principles and learning from examples. But people had to come up with those design principles and create those examples in the first place! So these systems depend on people; in one way or another, they capture the best of what people know about how to create. When it comes to creativity, I’m a firm believer in augmenting human capabilities, rather than trying to automate them away. Creativity provides joy for people — why would you want to automate that away?”