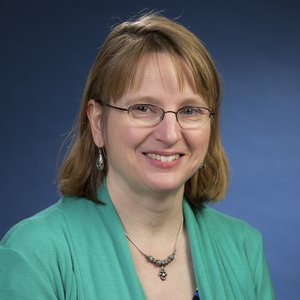 One way to think of Kathi Fisler’s career, she says, is that it’s been a constantly shifting balance between formal systems (and how they work) and people (and how they learn). For years an Adjunct Professor at Brown CS, she’s just been appointed Professor (Research) and Associate Director of the Undergraduate Program. It’s a momentous shift toward the latter half of that balance, letting her focus on CS education for both K-12 students and Brown ones. “This is deeply personal to me,” she says. “There’s an opportunity, a challenge, and it’s just a fun playground for me to work on connecting people with computer science.”

The main reason why the challenge of CS education has a personal dimension for Kathi originates in her first year at Williams College. Only intending to focus on mathematics and Asian studies (Chinese in particular), she was required as a math major to take CS 1. “I wasn’t very good at it, and it drove me nuts, instructing a hunk of metal and having it be totally my fault when something didn’t work.” Fisler gestures toward an empty spot on her desk as if the offending computer were right in front of her. “I didn’t fail, but I didn’t do well, either.”

Determined to prove that she could conquer programming, Kathi signed up for CS 2. By the mid-term, she was failing. But thanks to many office hours spent with a supportive faculty, she kept going: by two-thirds of the way through the year, her grades had soared, and early in CS 3, she realized that she enjoyed CS more than math. “This is one reason why I love CS education, particularly introductory courses. I deeply understand when it doesn’t work, and I know how it feels to power through the learning curve that many students face. I was the only newbie, the only woman across 3 consecutive years of CS majors. Nobody would have been surprised if I'd walked away from computer science, but thankfully I was too stubborn to do that and my brain soon caught up.”

Traveling to University of Indiana at Bloomington for her Master’s and PhD, Kathi envisioned studies in computational linguistics, but was waylaid by a hardware design course. A new research lab was starting up, and she jumped at the chance to do work that touched on math, computer science, and even philosophy: examining how people reason with diagrams, particularly in hardware design. “Traditionally,” she says, “mathematical proofs were largely written in text form, and diagrams weren’t considered rigorous. Why is that? Think about a civil engineer, who uses math and modeling instead of sending cars over an unproven bridge to see whether it collapses. Why can’t we use diagrams to reason about how a system will work?”

This line of inquiry led to research in verification techniques, and later to access control policies and their security implications. “Every problem I studied,” says Kathi, “kept coming back to the question of how humans understand a question involving computational systems.” She gives the example of Facebook privacy settings, which many people believe they understand fully, yet have resulted in numerous privacy leaks when reality didn’t match someone’s conception of how things worked.

“When you have people trying to use systems successfully,” she says, “people are the difficult part. I really want to understand what’s going on for them cognitively, psychologically, how they learn.” More than twenty years ago, that was part of the motivation for work that led to Bootstrap, a family of curricula that integrate computer science with other disciplines in K-12. Initially a “side hobby” for Fisler and her long-time collaborator, Professor Shriram Krishnamurthi, it’s now used by roughly 15,000 students per year across 17 states and five countries.

CS education has been in the news a lot lately, but what has Kathi seen in her years of research that the layperson may be unaware of? “It’s taken years to realize how much we don’t understand, how many concepts are packed into a simple programming task. The literature is overflowing with evidence that many people struggle to learn CS, and now we understand that we can’t accept the idea that some people just won’t be good at programming as an answer. Computer science is a form of literacy for everyone now: there are economic and equity issues. If we preach CS for all, we need to accept that everyone isn’t going to be a computer scientist, and think about what we teach and how we teach it.”

For years, Kathi has divided her time between being a Professor at Worcester Polytechnic Institute (WPI) and an Adjunct Professor at Brown. Recently, her juggling act (Bootstrap at Brown, research and teaching at WPI) has become unbalanced by Bootstrap’s rapid growth, which made the opportunity to consolidate all three efforts hugely appealing. Brown offered not only the perfect job description but the chance to form an entirely in-house research group that has few rivals.

“This lets me focus,” Kathi says. “I love advising and working with students for all the reasons that I’ve mentioned, and this lets me participate more fully with Bootstrap. Together with Shriram and the rest of the group, I have a CS education team with decades of experience, deep programming language expertise, and everyone under one roof. Anywhere in the world, that’s incredibly hard to find.” Giving up the commute to Worcester may also give Kathi more time for her hobbies, which include playing music, singing, running (she notes a theme of rhythm among all three), jigsaw puzzling, and cooking vegetarian food.

But not too much spare time. There are big challenges ahead, she explains: “We need to find out how to provide broad CS education before we lose another generation. We need to enable teachers who don’t see themselves as computer scientists to introduce students to computing. This new role is my best chance yet to do the deeply personal work of taking everything that I’ve learned about systems, about learning, and to help the people who are facing one of the greatest educational tasks in history. I can work with a struggling college student at the same time that I’m looking out for an atypical learner in kindergarten or high school, and that’s so important to me.”