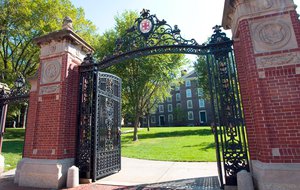 Click the link that follows for more news about our innovative and pioneering alums.

"I had the pleasure of graduating in two recessions," laughs Brown CS alum Harry Li '02, "first in 2002 and then in 2009, after the housing bubble burst." (He also has his PhD from the University of Texas at Austin.) Currently a data scientist, his career path will surely inspire students who graduate during economically challenging times, but what he reveals about the need for self-analysis in our career choices may prove far more valuable.

Harry began working at Facebook in 2009, helping to expand the company's infrastructure. But after more than a half-decade as software engineer and engineering manager, he made a significant career change.

At the time, Mark Zuckerberg had been looking at schools in the Bay Area that were working on educational reform. Teachers at Summit Public Schools were using an in-house tool to enable personalized learning, but they needed assistance with scaling it, and Harry jumped at the chance, co-founding a team that helped it grow from a dozen schools to more than ten times that size. Later, the group became part of the Chan Zuckerberg Initiative, founded by Facebook founder Mark Zuckerberg and Priscilla Chan to advance human potential and promote equality in areas such as health, education, scientific research and energy.

"The key for the Summit Learning Platform," Harry explains, "is engagement. Qualitatively, we see that the students are a lot more engaged with learning. We're not just lecturing, throwing content at them, and moving on whether they get it or they don't. Anecdotally, students are really motivated by the ability to learn in their own way and move at their own pace."

At its core, the program has three pillars: developing critical thinking skills through project-based learning, acquiring content knowledge, and developing habits such as managing time and knowing when to switch strategies. One of the most important goals is to promote students taking charge of their own education. "Kids feel like they belong in school," Harry says. "Think about it: if you didn't feel like you belonged, why would you ever apply yourself?"

The question of why Harry applied himself to the field of educational technology has an interesting answer. "I don't know who said it," he tells us, "but I remember hearing that one of the most important career choices you can make is who you marry. Part of the reason why I was drawn to working in education was because of my wife, an '04 Brown alum who worked for Teach for America."

Another major reason, he says, was his daughter. "I'd always been very self aware of how important intellectual development was to me, but there are a lot of other things in life. When I had a kid, my priorities changed."

In an era where job stability and earning potential are often cited among the first reasons for studying computer science, Harry's focus on the other benefits of his career move is unusual. "I knew there were big changes happening in the field," he says, "and there still are. Taking care of my daughter on parental leave was so socially and emotionally rewarding. As a computer scientist, it can be hard to find work that makes an emotional connection with us, and I found that through educational technology."

Looking back at his four years at Brown, what was most valuable? Harry cites the sense of community among undergrads as something that Brown CS does particularly well. "It was definitely an important part of my education. On all the teams I've been a part of, at Facebook and other places, the feeling of community really amplifies my engagement and productivity, my creativity. A large part of my job is about creating that cohesion."

It's clear that Harry has thought deeply about what he needs and expects from a career, so we ask him: why is this self-reflection so important? "I think we really need to develop awareness of all the different aspects of our work that satisfy us," he says. "For me, when they're all pointed in the same direction, I can derive a lot of happiness from what I do."