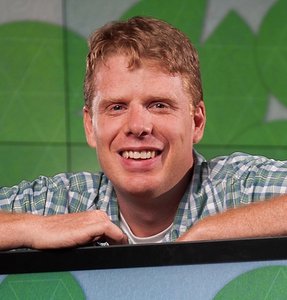 Click the link that follows for more news items about our innovative and pioneering alums.

“The 90’s were a really interesting time to be a computer science undergraduate,” laughs Brown CS alum Michael Horn ‘97, as he remembers his earlier years at the University. “The web was just beginning to come into its own and the entire field was progressing at lightning pace, it certainly was an extraordinarily exciting time.” The field has advanced far beyond those early days of computing, but Michael remains at the forefront of cutting-edge research in the subject. Currently a professor in the Learning Sciences and Computer Science Department at Northwestern University, with a primary focus on Human Computer Interaction, his work has continued to make an impact on generations of students.

When Michael first began his career, his ambitions were as far from academia  as one can imagine. Like so many other CS students, he took a software engineering job in San Francisco doing business, task management, and software on mobile devices. But Michael soon realized that this line of work wasn’t for him. “I got sick of it pretty quickly,” he remarks, “and I knew I really loved learning.” This realization led Michael to Classroom Connect, which was an online curriculum company selling learning products to states and school districts. But after 5 years, Michael knew that this line of work still wasn’t for him. “I really felt that it was too tech driven, we were selling these learning products but I had no idea how they were actually being used by students. There was just a lack of incentive to explore the bigger questions that were difficult to make profitable.” With such an approach, Michael knew that graduate school would be his best route moving forward.

“I started looking into grad schools, specifically working in human computer interaction, but it was difficult finding a grad school that would take me,” remembers Michael. Fortunately, Michael was able to earn admission into the PhD program at Tufts, working in Human Computer Interaction, precisely what his aims had been. With work ranging from the development of exhibits at the Boston Museum of Science and involvement with the Child Development Project, Michael finally realized where his passions lay. Academia was truly the best avenue to continue making an impact on the field, while satisfying a lifelong love of learning.

Driven by a passion for learning, Michael made the decision to stay in the field of academia following his graduate years. This decision, however, did not come without its own set of challenges. He was offered a newly created position at Northwestern, with a joint appointment in the the departments of Computer Science and the Learning Sciences. “I didn’t have a formal background,” he explains, “and this was really a brand new field.” But Michael quickly found his home in this unique intersection, as he dived into the field of learning sciences. “I gradually began understanding the theoretical foundation of how people learn,” he remarks, “and this was really important for HCI. We were kind of inventing this field, which is really difficult to work on.” Beginning with work on tangible programming languages in kindergarten classrooms and science museums, Michael’s projects have expanded into a diverse range of fields with a focus on the thoughtful uses of emerging technologies in diverse learning settings.

With such a diverse and impactful career, what would Michael say best prepared him for his eventual path? “It was definitely the undergraduate TA program,” he says. “There really is just a culture of undergrads having the freedom to run the show. It was amazing to see people care so much about learning and education.” This love of learning certainly remains with Michael to this day, as he continues working on advancing this field.