This summer while I was interning at Yahoo! some current and former Brown CS Grad Students had a mini-reunion in the San Francisco Bay Area. And where else would we hold this event but the Computer History Museum (http://www.computerhistory.org/) in Mountain View, CA? While visiting the museum, I learned more about the development of the computer hardware and software, as you would expect, but I also ran across some positive and negative examples of how women are presented (or excluded) in the context of computing history.

I was surprised how much material was in the museum. The exhibits started from early counting contraptions and proceeded, basically chronologically, through the development of computing machinery (from punch cards to the ENIAC and its awesome lady programmers and through a long sojourn in what felt a bit like an IBM graveyard) up to Watson playing jeopardy and the modern internet.

As a fan of history, I particularly appreciated the first section on “primitive” computing aids. There were some devices I hadn’t heard of before ( the Antikythera Mechanism, http://www.computerhistory.org/revolution/calculators/1/42) and others I was more familier with (I remember my dad teaching me to use one like this: (http://www.computerhistory.org/revolution/calculators/1/44/172?position=0). This first section was a nice exploration into the basic urge that humans have to calculate things about their world in a methodical and scalable way. When you look at these machines it becomes clear that idea of solving large problems by methodically solving smaller ones is clearly not a new one.

The museum was organized primarily by topic and then chronologically within topic. It was interesting to pause at the point in each section where I started to recognize the technology as things I used. Seeing technology you remember being “the new awesome thing”  glued to a wall and labeled for future generations is an aging experience, and I’m not that old. 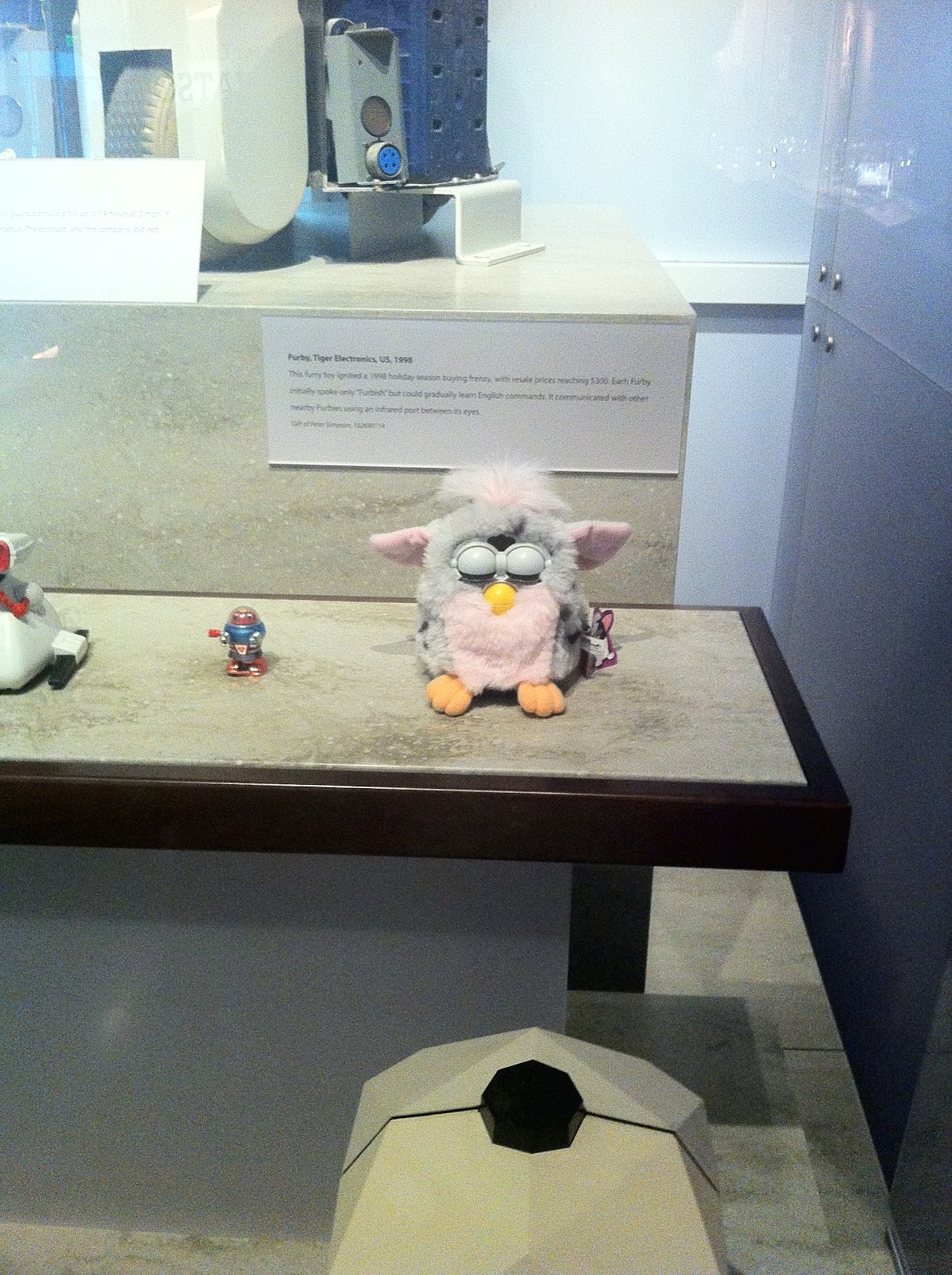 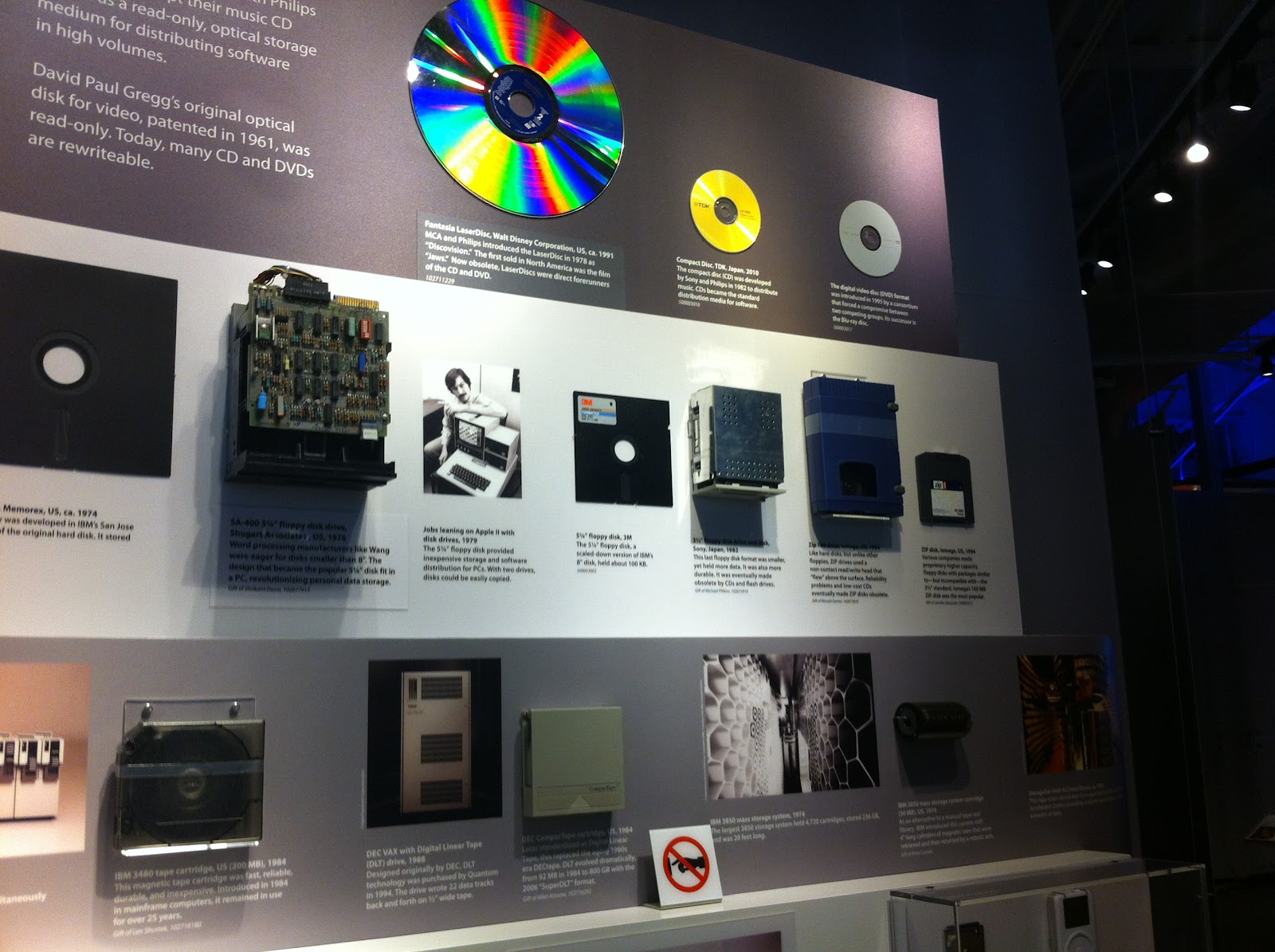 About the time of our visit I had just started saying “we” to refer to Yahoo!. Though software engineers these days definitely drink the company kool aid, nothing compares to the IBM salesmen: http://www.computerhistory.org/revolution/punched-cards/2/12/2211

Fellow PhD student Hannah Quay-de la Valle caught up with me just as the exhibit topics shifted to the Art of Programming. (http://www.computerhistory.org/revolution/the-art-of-programming/9) There was a massive diagram of the ancestry of common programming languages (Look, Shriram, Scheme!). 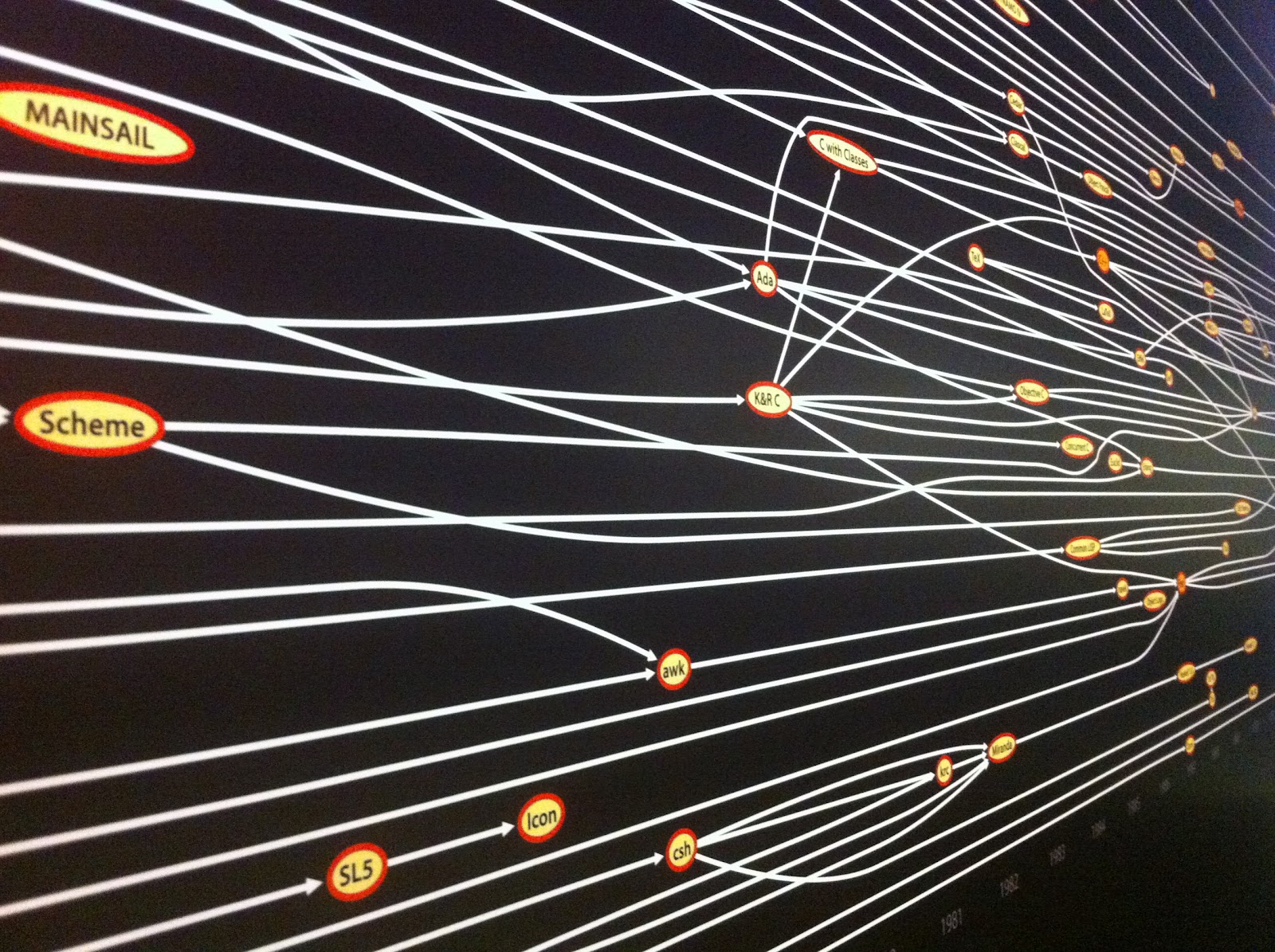 After brief coverage of programming the chronological progress took us into a section on microcomputers and the real birth of personal, recreational computing. We rounded the corner and found ourselves staring at this picture for several moments trying to figure out why on earth someone thought this photo was relevant. http://www.computerhistory.org/revolution/minicomputers/11/332 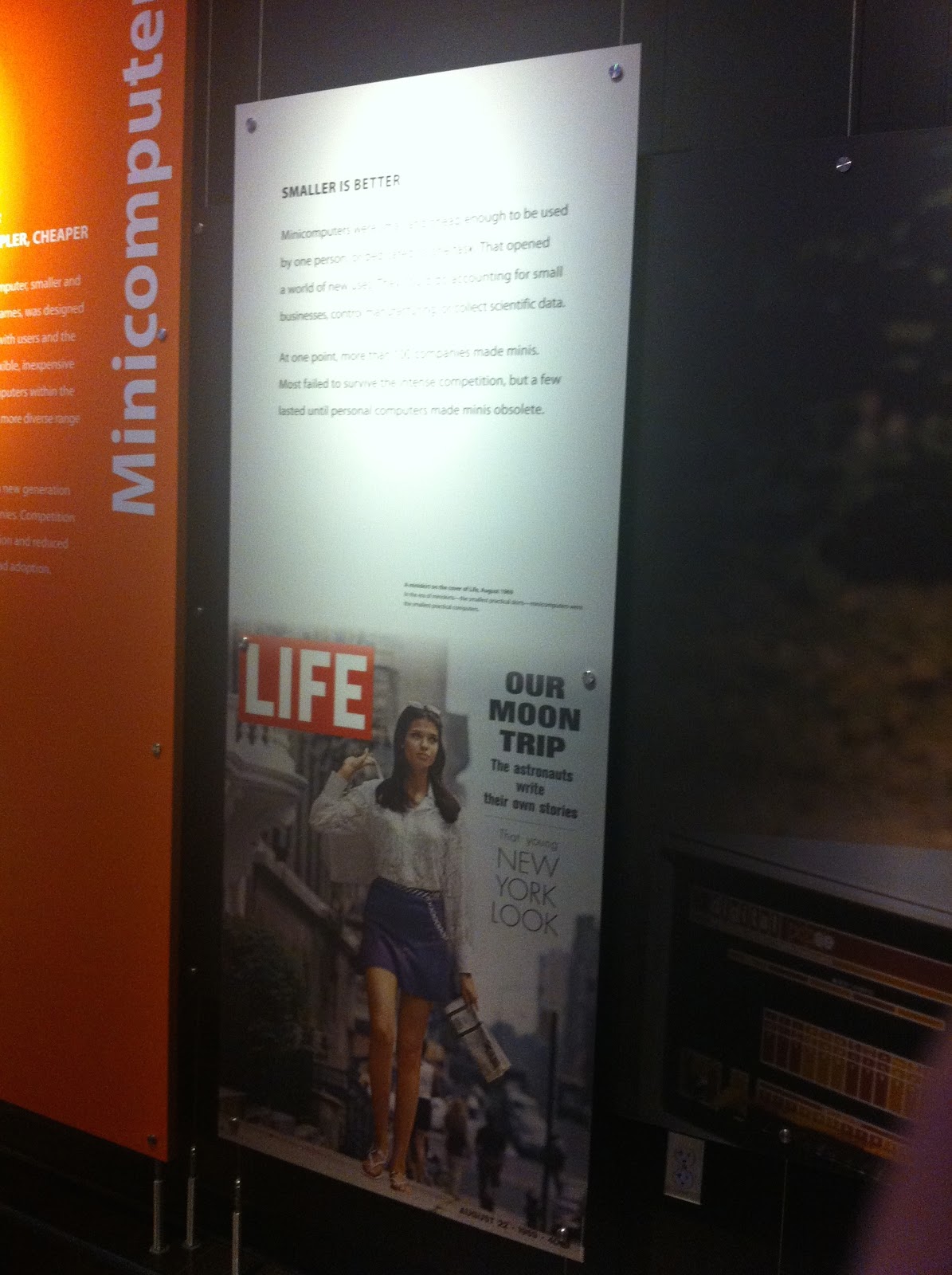 The caption didn’t help at all. 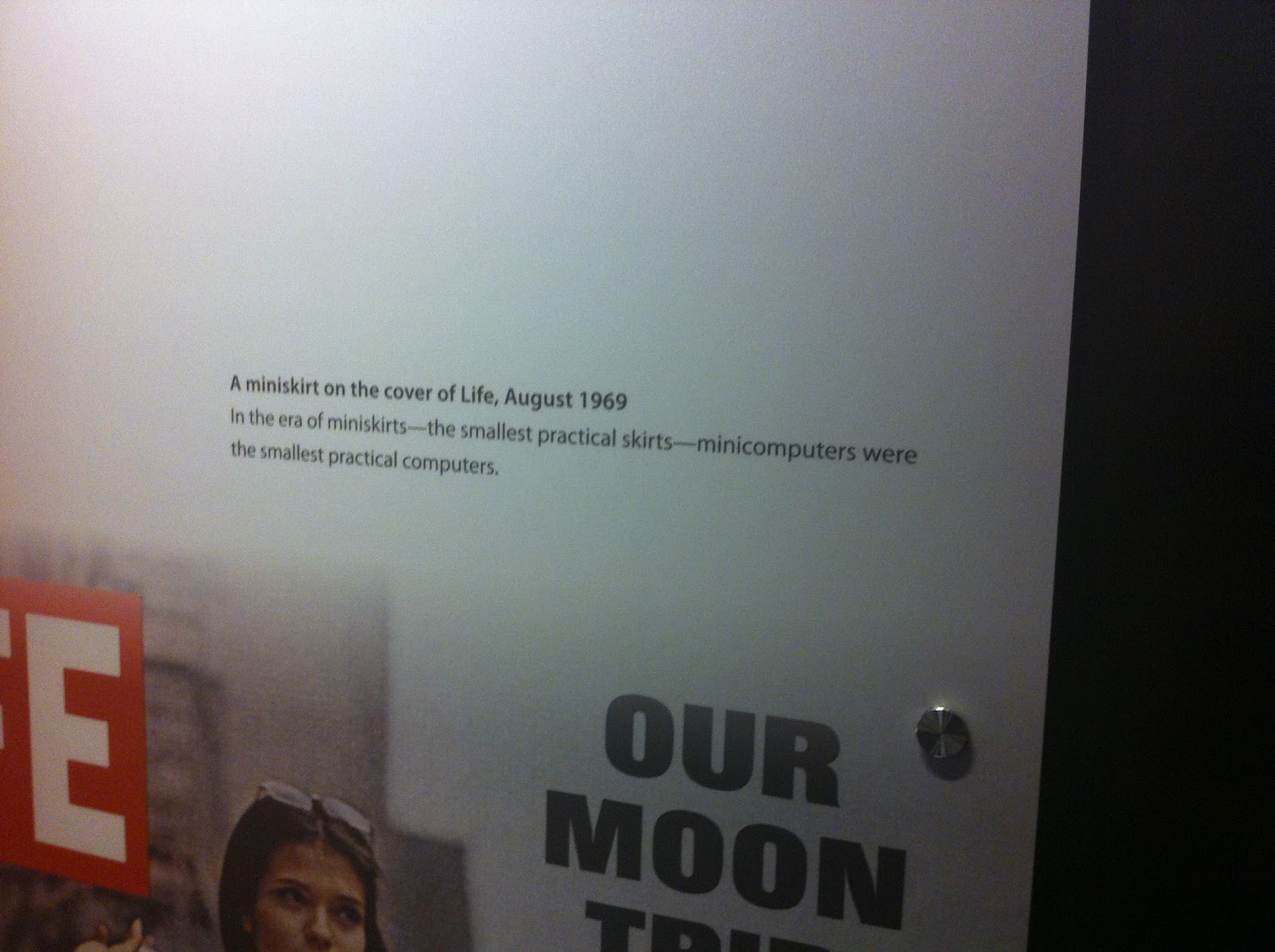 The original photo clearly wasn’t supposed to be conveying anything about computers, so the museum curators must have been trying to be poetical or to contextualize the shift in computing they were about to present.  We then came across this photo. 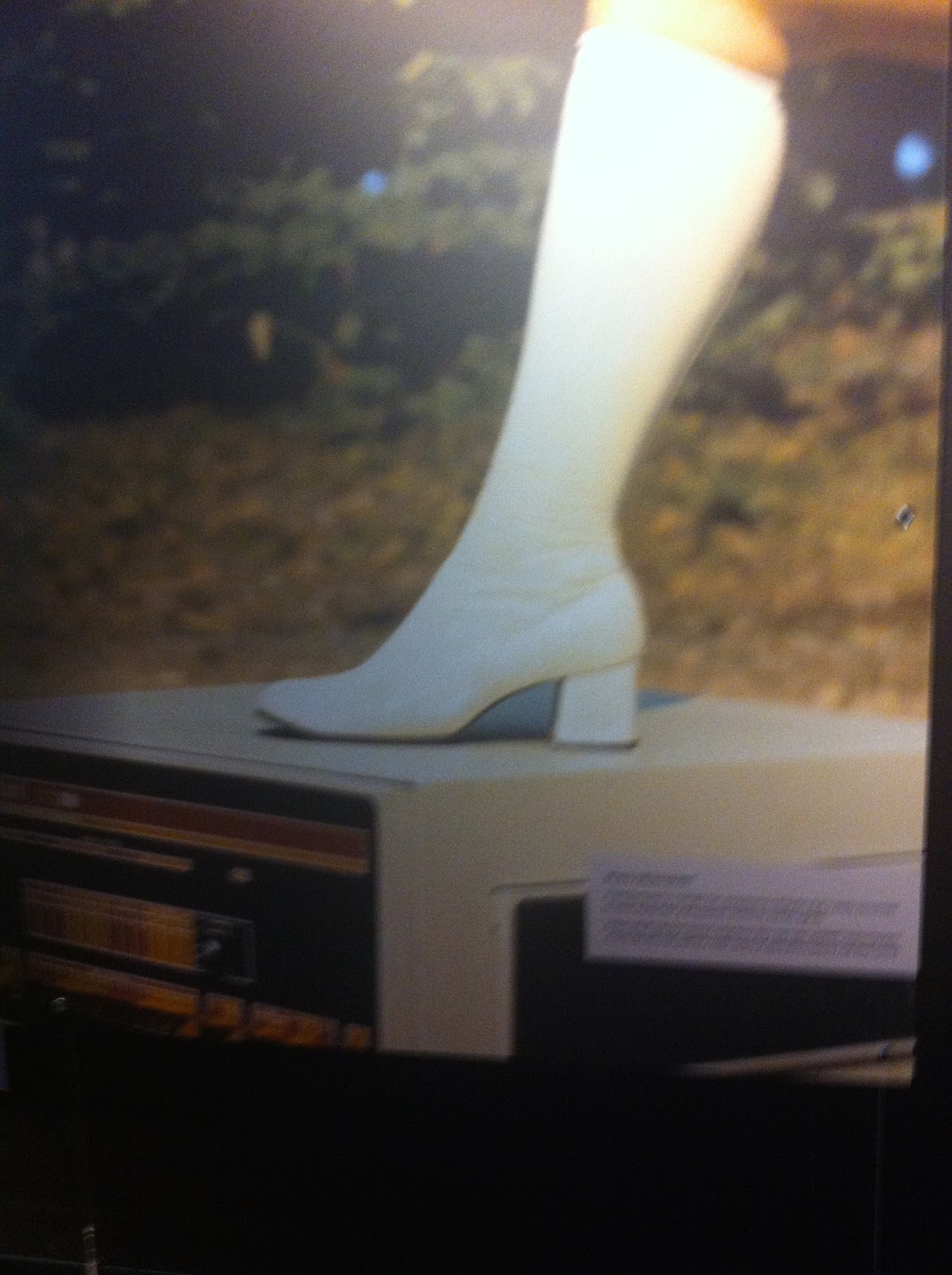 http://www.computerhistory.org/revolution/minicomputers/11/332 I suggest that putting your feet on your computer isn’t the best idea, unless your feet are really cold while you are working in the CIT.

There have been some attempts to bring women into computing through applications geared at traditionally female pastimes (jewelry making, etc. …), but few of them have caught my interest. This one probably would have, however. 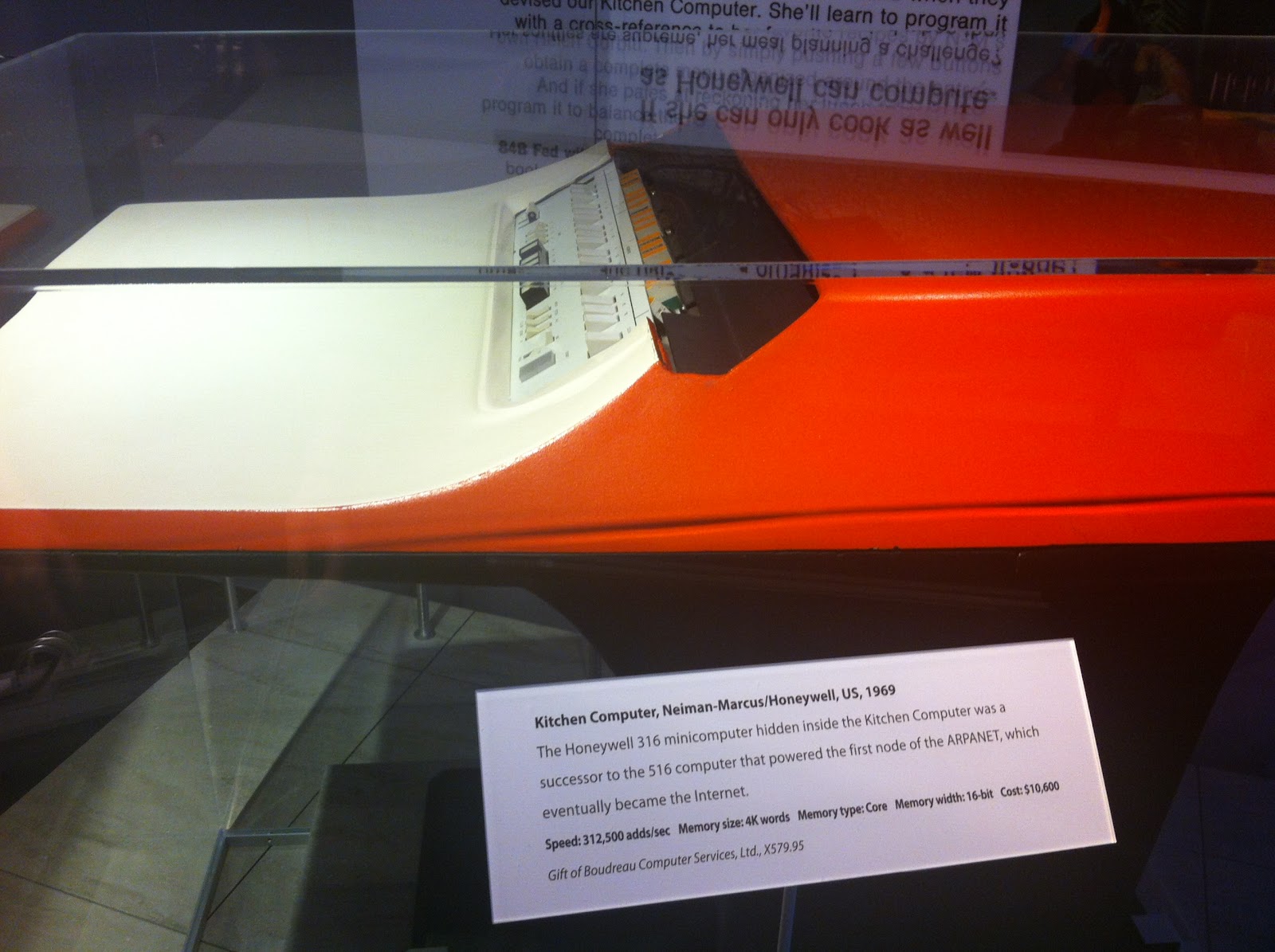 A computer that stored recipes! I bet more than a few of them would have spent time tinkering with it. Just think of the number of little girls in the 70s who would have been exposed to computers! Too bad they didn’t sell a single one. 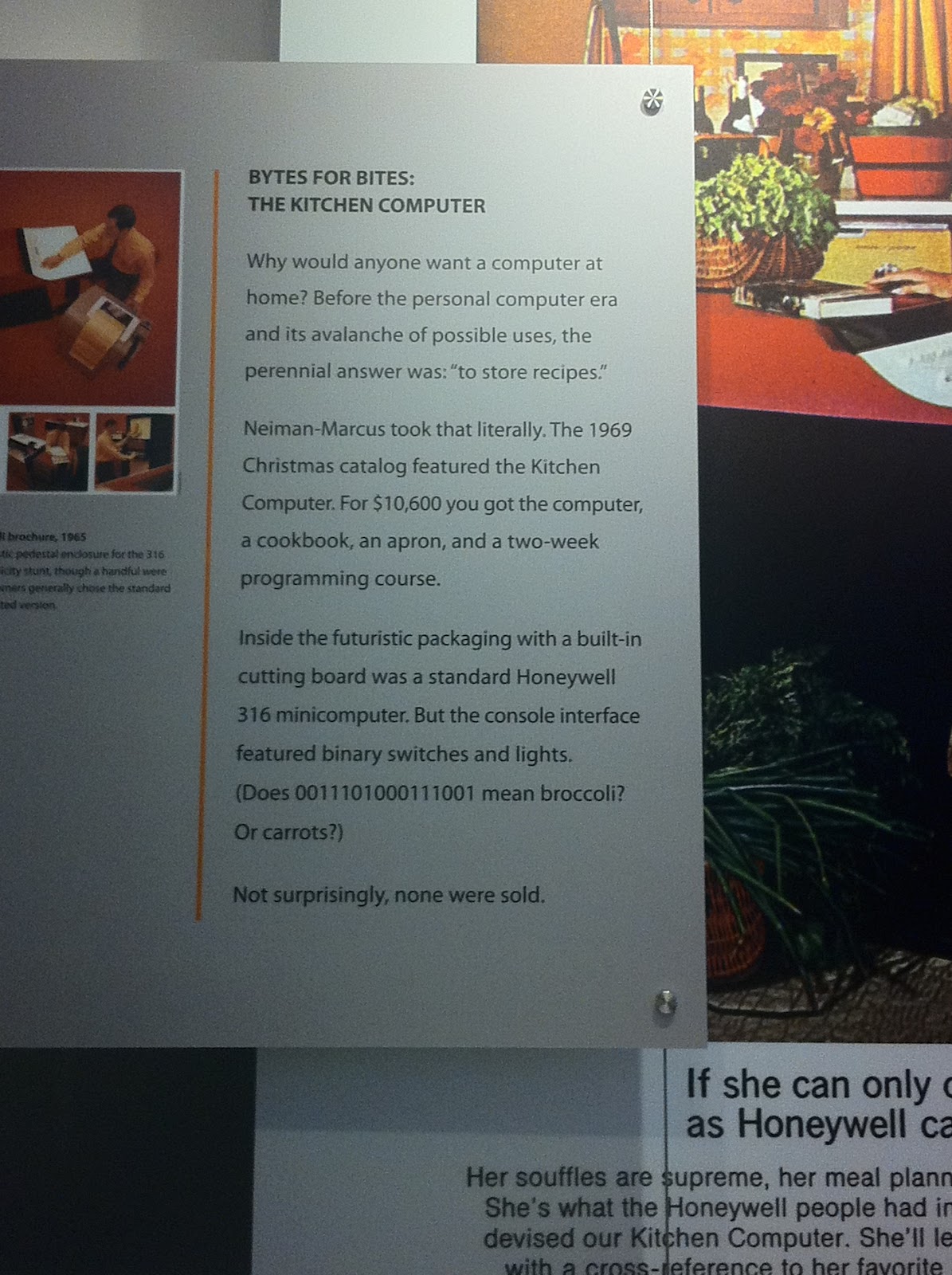 I was pleased to see that Marissa Meyer, CEO of Yahoo, was interviewed for a section on artificial intelligence. I just wished her interview hadn’t stood out as one of the only positive representations of a woman in the museum. The museum clearly should not rewrite history, but they also do not need to perpetuate stereotypes.

We spent about two hours in the museum and all of us could have spent another hour or two. On the whole the museum was very well laid out and the material was presented in a compelling way. It was informative to see the full arc of the history of the field and to get a fuller picture of how the trends and needs of society have influenced the technology, though I would have appreciated a more careful approach to gender.

You can explore the museum’s collection here: http://www.computerhistory.org/exhibits/