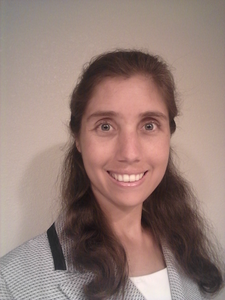 Click the links that follow for more news about recent accomplishments by Brown CS alums and their diverse career paths.

Last spring, Brown CS alum Sky Adams was chosen as the first female director of the award-winning Computer Science Academy at Santa Barbara High School. She’s not one to mince words, either about the challenges of working in K-12 education or the experience of being underrepresented in CS. “The pay isn’t great, the hours are long,” she says, “and it’s stressful. But it’s one of the most satisfying jobs….Back when I was applying to computer science PhD programs, I realized that my heart wasn’t in it – being a female in CS got to be lonely. So I thought about the best way to change that for future students, and I loved teaching.”

Looking back at her college days, Sky says the first indication that she was interested in education was a summer job teaching sailing. “I felt the same thing as a UTA,” she explains. “It was really satisfying – the kind of work that I was willing to do even in the late hours of the night, when most things wouldn’t have been enjoyable. My professors made a huge impact. [Former Brown CS Professor] Pascal Van Hentenryck was great, he was really excited about teaching and got to know his students on an individual basis.”

After earning her Master’s in education from University of California, Santa Barbara, Sky began teaching at Santa Barbara High in 2016. Three years later, she took on the role of co-director at the Computer Science Academy, and then became director in June of 2020. The school’s CS Academy produced four winners of the Congressional App Challenge in 2018, all young women, and its students and teachers have won National Center for Women and Information Technology awards each year.

“I don’t spend a lot of time thinking about being the first female director,” she tells us. “It was in the plan since I was hired, and I’ve been trained for it. I do think it’s good for students to see a woman in my role.”

Sky explains that there are two challenges facing educators who want to see students from historically underrepresented groups find CS careers: getting them interested in the field and then getting them to stay interested. “There are many aspects to this,” she says. “Classroom culture is very important: partner projects to help keep kids comfortable and learning together. For minority students, we have to make sure the curriculum isn’t focused on a culture that isn’t theirs – we really have to watch the examples we use, the movies and tv shows we bring in. We need to allow students to design projects that fit their interests. And counselors are important: they need to make sure that they don’t inadvertently guide students away from CS without realizing. It’s a big mental shift for a lot of people to appreciate that CS is used in many different fields.”

Increasing diversity, Sky says, getting her CS students to match the demographics of the city around her, is her biggest goal. “One major element,” she says, “is to get people involved. I’m very lucky that we already have strong connections with industry, a lot of people locally who are willing to help out our current students. The other challenge is newly adopted computer science standards that we have to figure out how to implement at a county level. We’re doing that in most of our classes, but CS is an elective, so not all students take it. Which means that we need to figure out how to integrate it into other topics, and then train teachers for that.”

The most important thing for Brown students who are interested in a similar career path, Sky says, is volunteering: “If you’re at all interested in the field, volunteer. Give it a try. If it’s what you like, it becomes a real joy. Just do it.”

Sky adds that the internet has a dearth of information on how to enter her field and the various credentialing options, especially in California. If any of our readers would like more details about working in K-12 CS education, click here to contact her, and she'd be happy to talk to you.