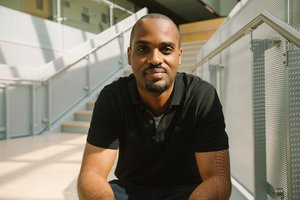 Click the links that follow for more news items about diversity and inclusion at Brown CS and Seny Kamara.

In the ongoing effort to bring diversity and inclusion to the field of computer science, it was one step backward and then at least two in a profoundly positive direction. When the world's largest gathering of security experts, RSA Conference, announced this year's speaker list last week, many attendees were stunned and disappointed to find that only one woman was included. That disappointment was quickly channeled into action, and within a few days, a group of computer scientists had put together OUR Security Advocates (OURSA), a competing conference with a diverse set of speakers, including Professor Seny Kamara of Brown University's Department of Computer Science (Brown CS).

OURSA will be held on April 17, 2018, in San Francisco, and include four topic sessions (Advocating for High-Risk Groups, Applied Security Engineering, Practical Privacy Protection, and Security Policy and Ethics for Emerging Tech), each with short talks from multiple experts followed by a moderated discussion.

"The speaker list from RSA caused a lot of frustration," says Seny, "because there are a lot of really accomplished women in security that they could have asked. It’s disappointing but I'm really impressed by the OURSA organizers, who put together a stellar lineup of people almost overnight. I'm very happy to be a part of it."

OURSA has already received a great deal of positive media coverage, including CNET, USA Today, Gizmodo, and the BBC.