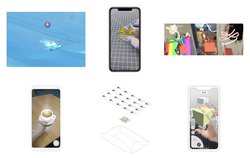 The Computing Research Association (CRA) is a coalition of more than 200 organizations with the mission of enhancing innovation by joining with industry, government, and academia to strengthen research and advance education in computing. Every year, they recognize North American students who show phenomenal research potential with their Outstanding Undergraduate Researcher Award, and in 2022, Brown CS alum Jiaju Ma was one of only twenty finalists.

Every year since 2007, the International Conference on Intelligent Robots and Systems (IROS) has awarded the IROS RoboCup Best Paper Award to the best paper presented at IROS related to RoboCup research. RoboCup is an international scientific initiative with the goal to advance the state of the art of intelligent robots. In 2021, a new paper ("Multi-Resolution POMDP Planning for Multi-Object Search in 3D") by Brown CS doctoral student Kaiyu Zheng and Professors George Konidaris and Stefanie Tellex, along with co-author Yoonchang Sung of MIT CSAIL, took home the honor, as well as a $1,000 prize. 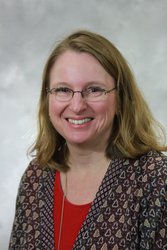 Brown CS Professor Kathi Fisler has been named a 2021 Distinguished Member for the Association for Computing Machinery (ACM). ACM is the world's largest educational and scientific computing society, and they’ve recognized Kathi for her “Outstanding Educational Contributions to Computing”. The Distinguished Members grade recognizes members who have achieved important accolades or made a significant impact on the computing field, as supported by letters from others in the computing community. 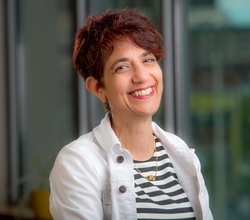 Brown CS Professor R. Iris Bahar has been elevated to a fellow of the Institute of Electrical and Electronics Engineers (IEEE) as of January this year. IEEE is the world’s largest technical professional organization that is dedicated to advancing technology for the benefit of humanity. The Fellow grade is a distinction awarded to those who have made important individual contributions in any of the IEEE fields of interest. Iris Bahar was honored by IEEE for her “contributions to modeling and design of power-aware and noise-tolerant nanoscale computing systems.” In particular, Iris was an early pioneer in exploring computer architecture level …

Brown CS alum Guillaume Marceau, Professor Kathi Fisler, and Professor Shriram Krishnamurthi have just received the Onward! 2011 Most Notable Paper Award. This honor is given annually to the authors of a paper that was presented at the Onward! conference, an international event focusing on everything to do with programming and software. The papers are judged based on the influence they have had and their impact over the last ten years. 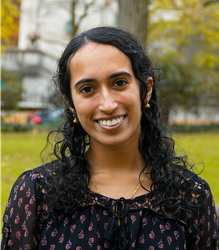 Each year, Cadence, a computational software company focusing on tools for electronic design automation, awards its Women in Technology Scholarship to support and celebrate young women who are starting their careers. Recently, Brown CS student Sreshtaa Rajesh was declared one of the winners, earning a $5,000 stipend. "Your impressive academic achievements, professor recommendations, and drive to shape the future of technology set you apart from the many talented women we considered," writes Academic Network Program Manager Mallory Clemons of Cadence. "We are excited for what the future holds for you and the impact you will make in technology." 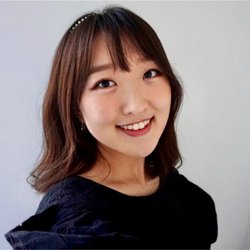 Brown CS alum Jina Yoon has had an accomplished career thus far and continues to succeed and grow in the tech industry. One of her recent honors is being awarded the Computer and Information Science and Engineering Graduate Fellowship 2021. This NSF CSGrad4US fellowship aims to increase the number of diverse, domestic graduate students pursuing careers in the fields of computer science, computer engineering, or information science. More specifically, CSGrad4US offers an opportunity for bachelor degree holders who are working in industry, like Jina, to return to academia and pursue research-based doctoral degrees. The fellowship is a two year-long preparation …

NeurIPS, the Conference on Neural Information Processing Systems, is a multi-track interdisciplinary annual meeting that includes invited talks, demonstrations, symposia, and oral and poster presentations of refereed papers. This year, new research (“On the Expressivity of Markov Reward”) by Brown CS alums David Abel and Mark K. Ho (now at DeepMind and Princeton University, respectively), Professor Michael Littman, and their collaborators, Will Dabney, Anna Harutyunyan, Doina Precup, and Satinder Singh (all at DeepMind) has earned one of the event’s highest honors, the Outstanding Paper Award. 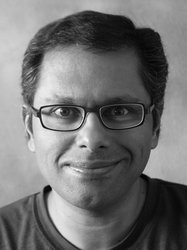 In addition to other accolades, Professor Shriram Krishnamurthi of Brown CS has been repeatedly recognized in 2021 for his contributions as a reviewer. Koli Calling is one of the leading international conferences dedicated to the exchange of research and practice relevant to the scholarship of teaching and learning and to education research in the computing disciplines. This month, they named Shriram one of four Superb Reviewers who offered consistently excellent feedback to authors and made significant contributions to the discussion. His fellow awardees are Paul Denny (University of Auckland), Stephen Edwards (Virginia Tech), and Juho Leinonen (University of Helsinki). 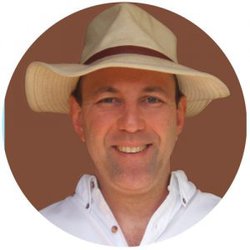 Irv Lustig ‘83 P’13, a Brown CS alum, has been named one of twelve 2021 INFORMS Fellows, an acknowledgement of a lifetime of achievement. INFORMS Fellows are examples of significant contributors in operations research and the management sciences, and Irv’s award comes from having demonstrated exceptional accomplishments as both an academic and in the optimization software industry. Irv has also contributed via service to the profession by volunteering on numerous INFORMS committees, including starting a project to do oral history interviews of luminaries in operations research. As many of Irv's INFORMS colleagues have written, Irv’s recognition was long overdue.